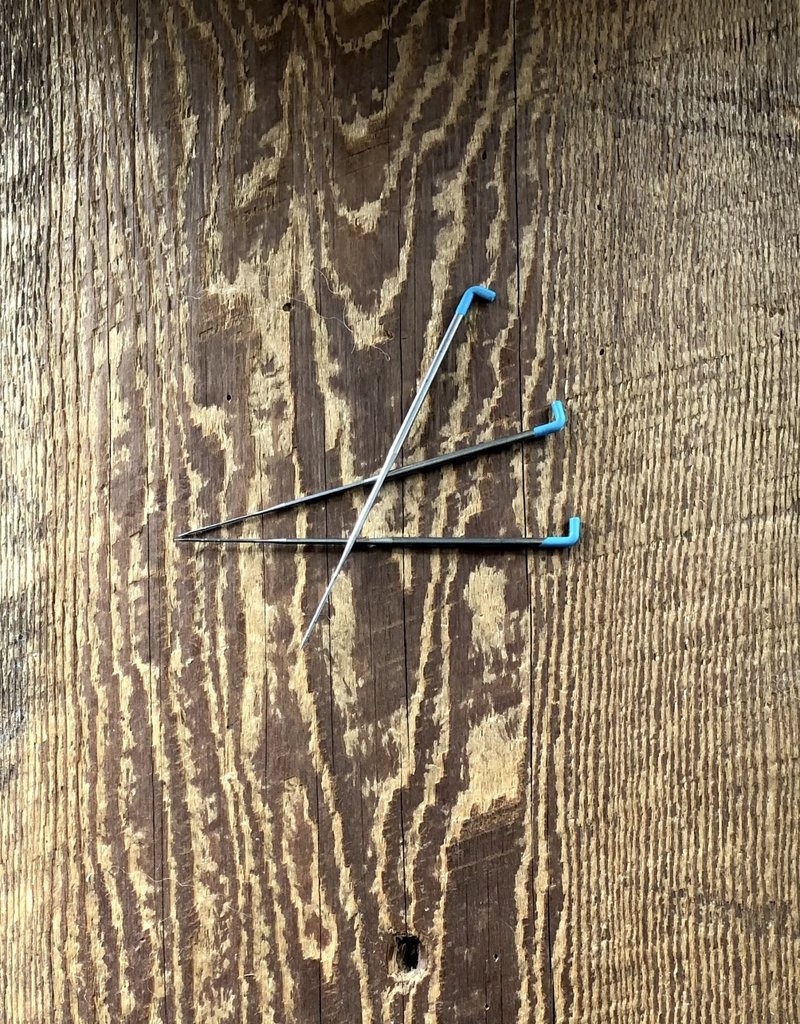 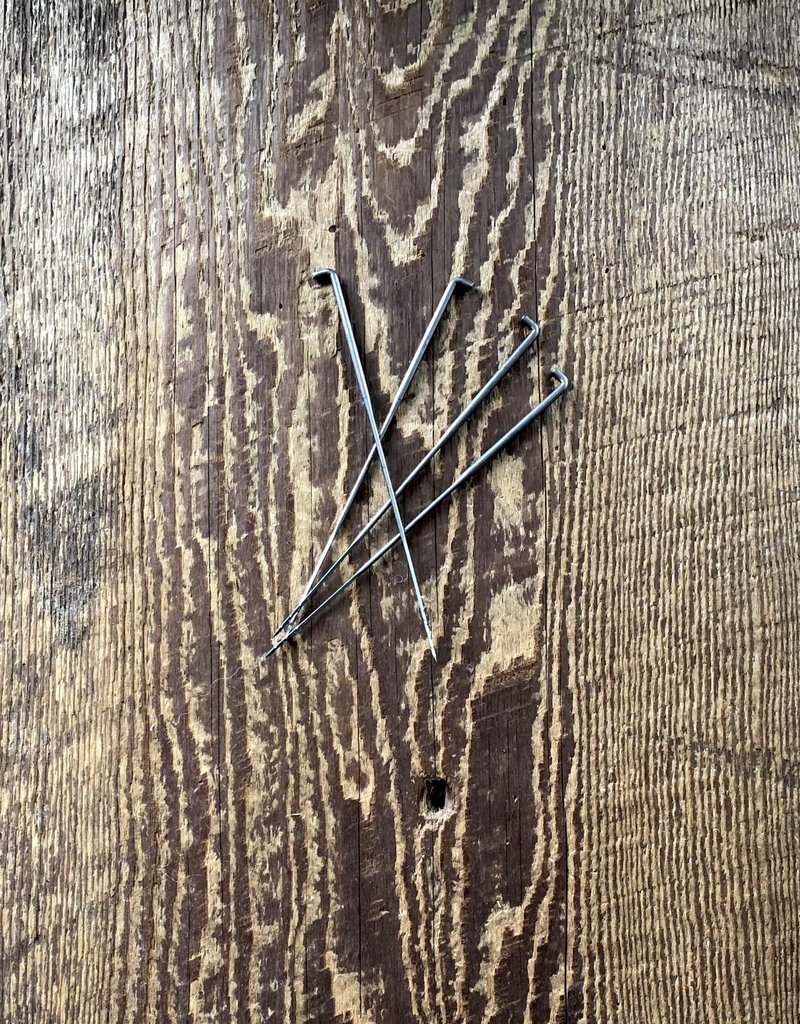 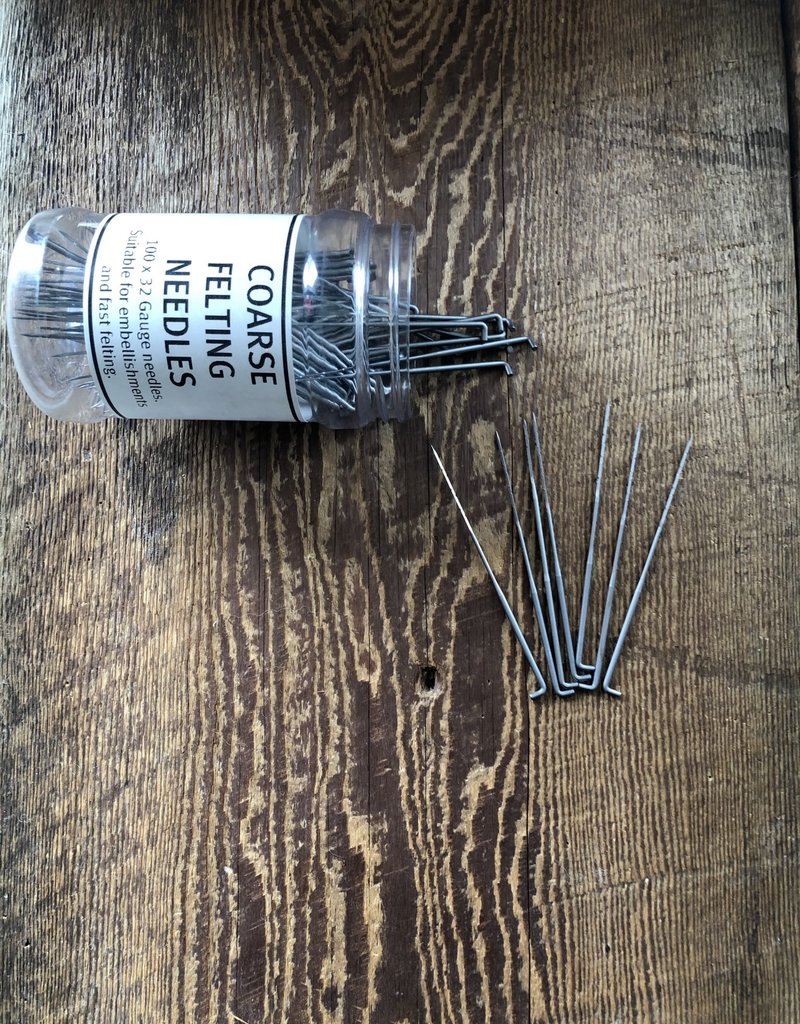 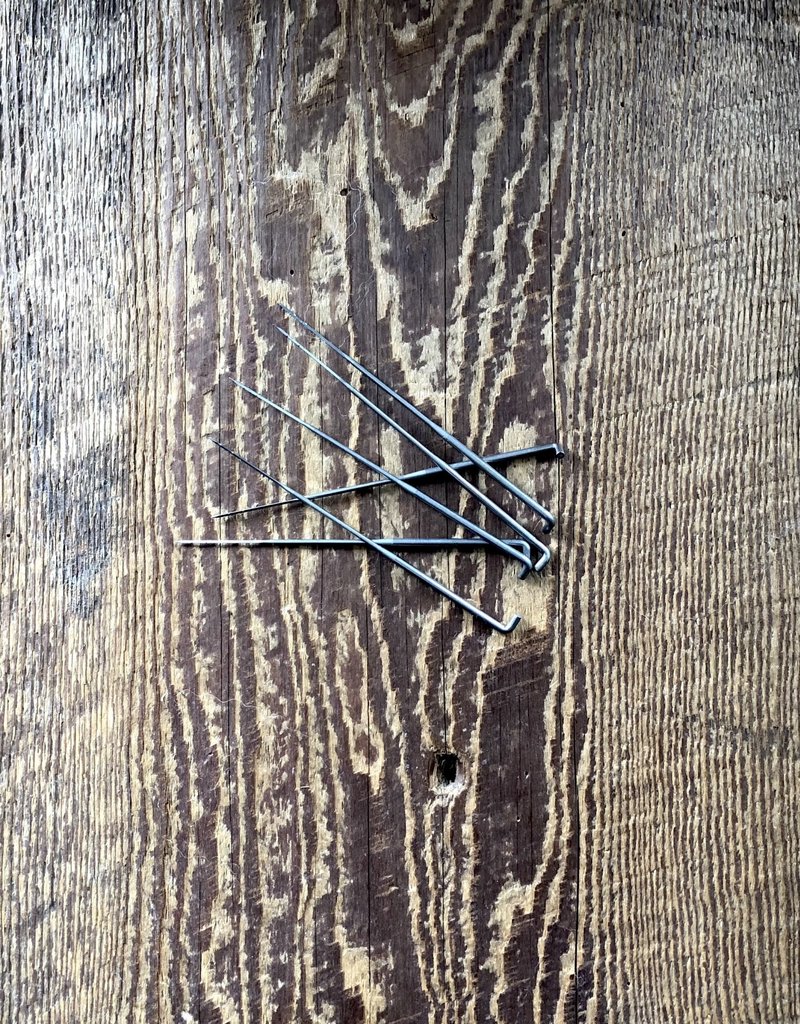 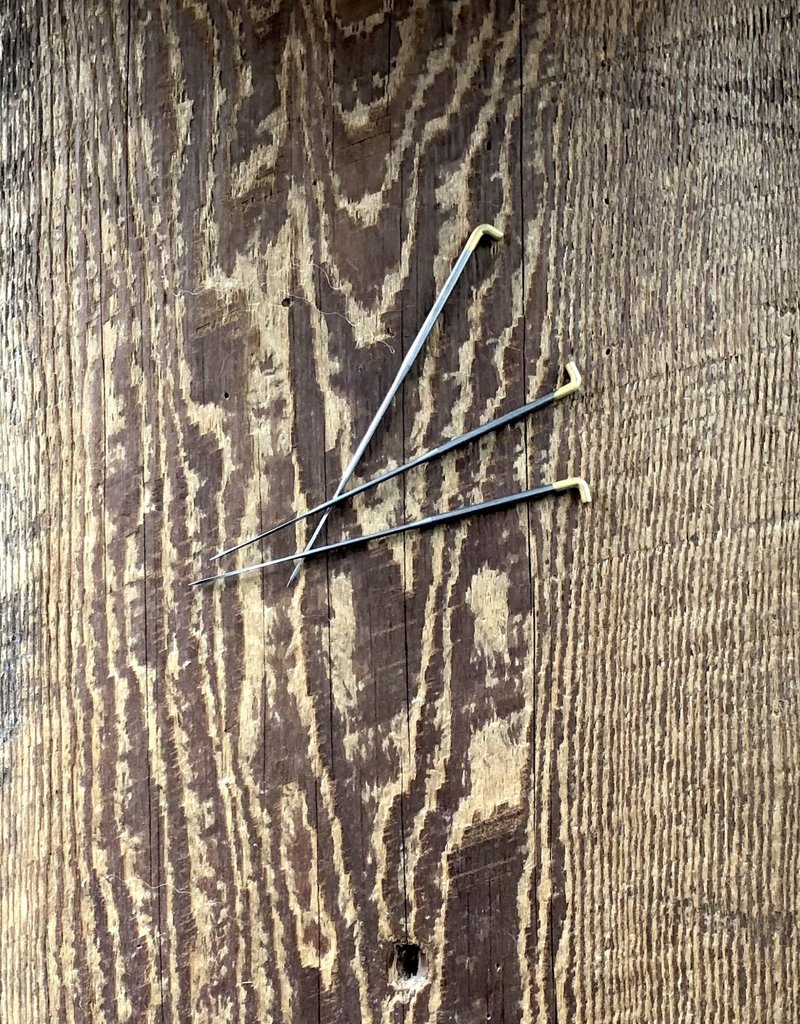 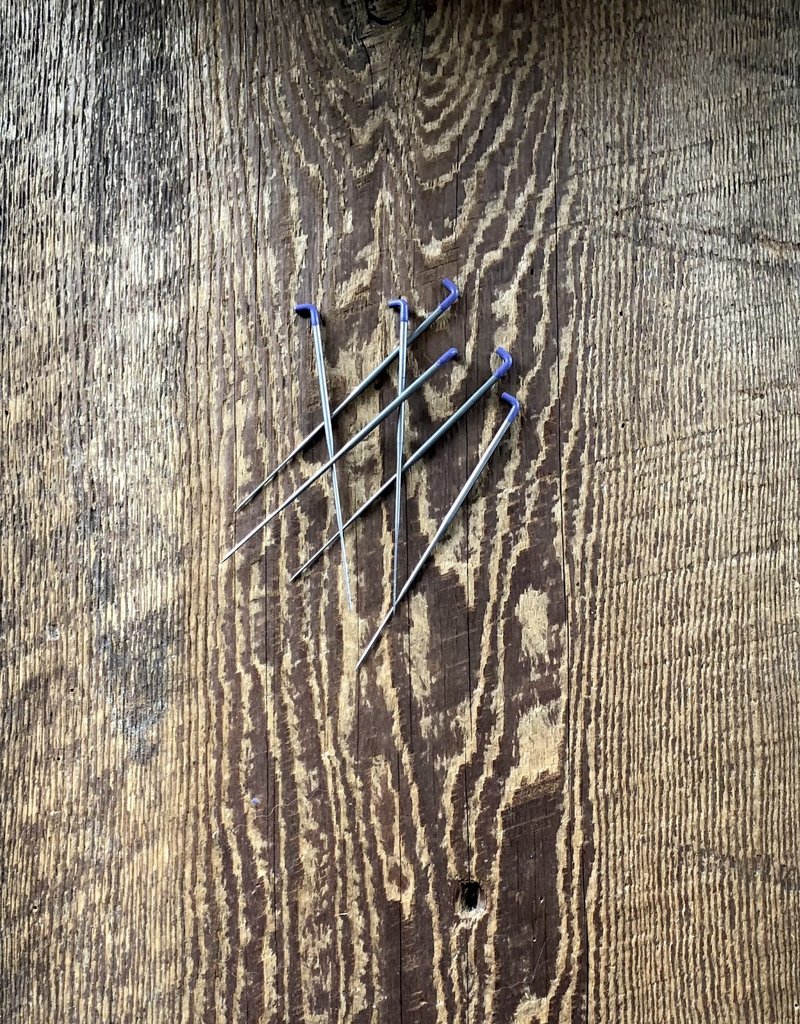 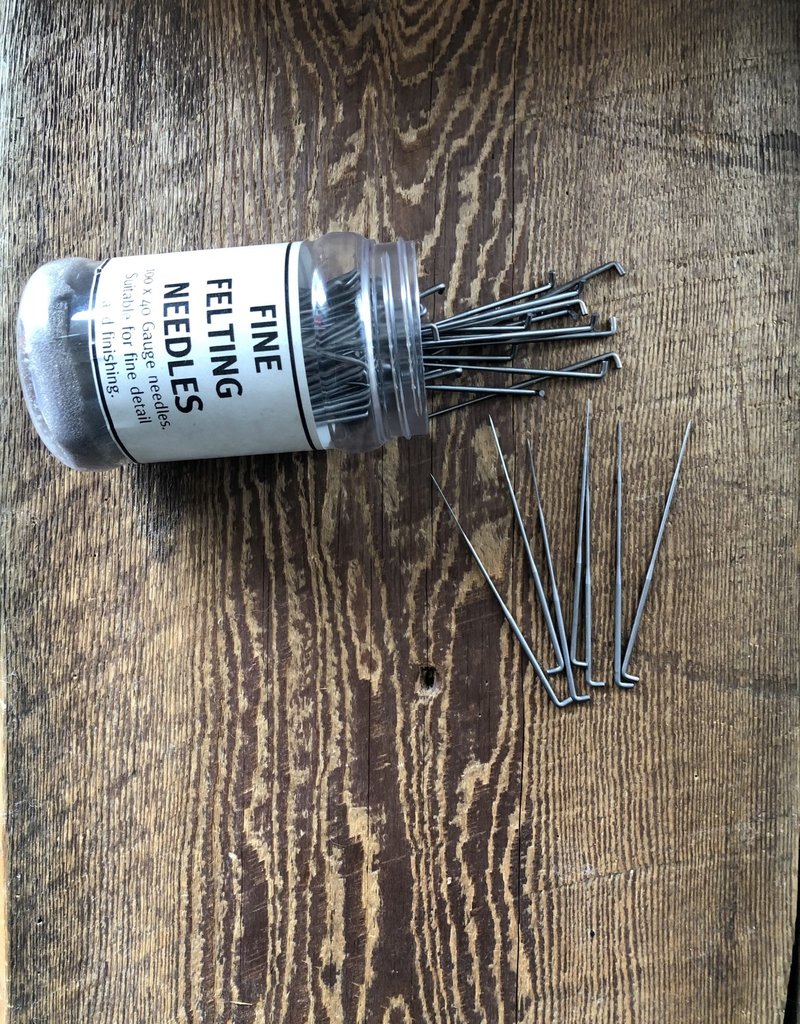 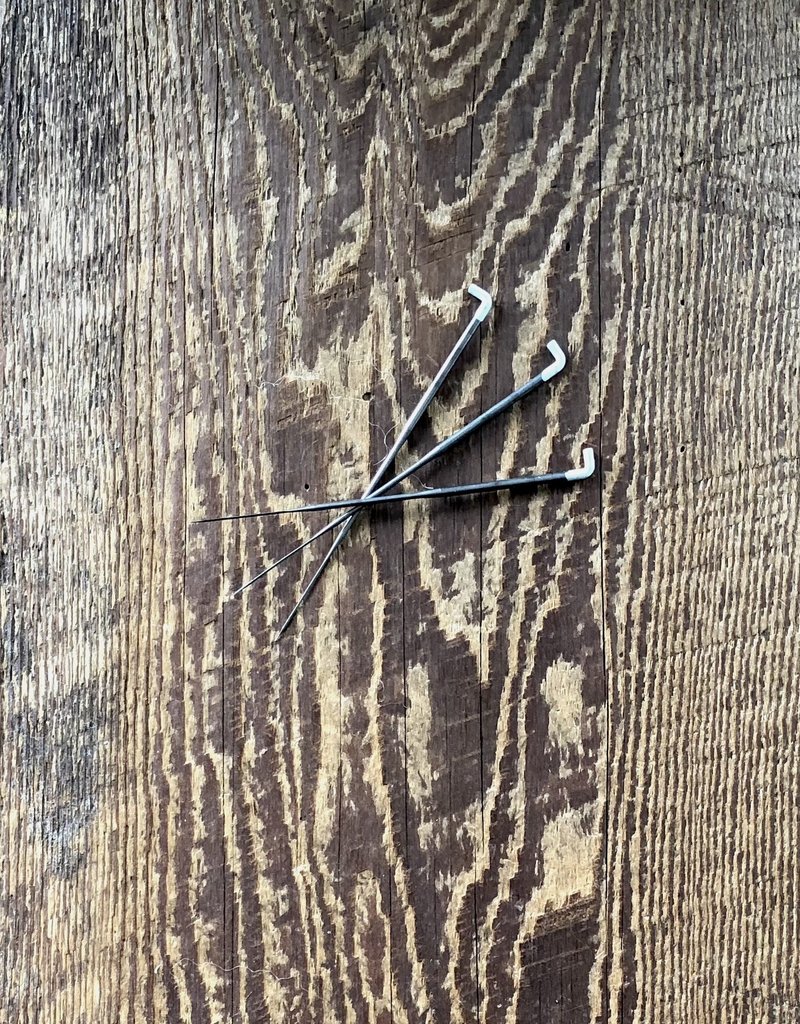 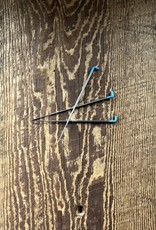 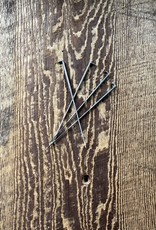 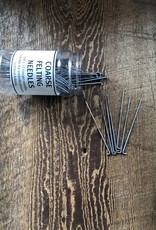 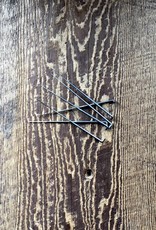 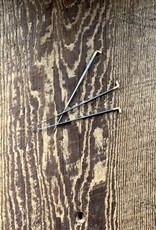 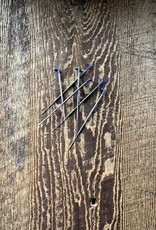 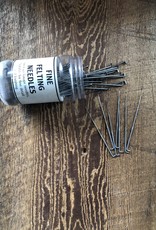 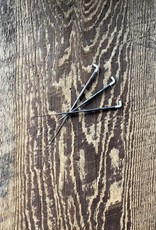 A felting needle has small barbs in the end that catch on the scales of the fibre and push them together when you push (or stab) the needles through the fibre. The more you stab, the more fibres matt together slowly turning the wool into solid felt.

Felting needles come in different gauges. The gauge number refers to the diameter of the needle. The higher the number, the finer the needle so a 40 gauge needle is finer than a 36 gauge.  Fine gauge is better for small detail work.

Triangle Needles:  Barbs on 3 sides.  Depending on the gauge, can be used for fine detail or for quick broad felting.

Star Needles: Barbs on all 4 sides.  Good for quick firm felting and for joining pieces.

Spiral Needles: The barbs on these needles twist around the end. This makes them felt quickly and gives a neat finish minimising the surface holes you can get with other needles.

Reverse Needles: The barbs on these needle go the other way, pulling the fibres out rather than pushing them in. This is useful to create a fluffy finish on a well felted piece.

Add your review
0 stars based on 0 reviews

We have a large selection of colours in Ashford's 100% Corriedale roving. This is the perfect roving for felting, spinning, or extreme knitting!
Add to cart
Ashford Roving - Corriedale
C$0.14
Sale 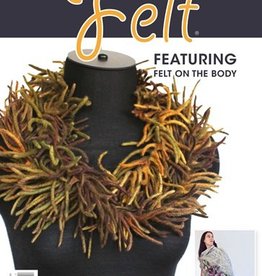 Be inspired by all things Felt!

Felt is an Australian magazine, created here in Australia and read by felt enthusiasts worldwide. 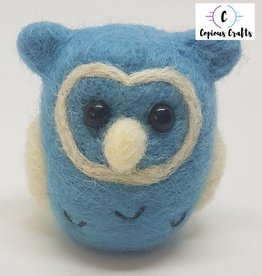